The Silent Way is a family company located in Lapland, Sweden in the small village Umnäs that has 40 inhibitors. We, Kenneth and Catrine, started The Silent Way in 1995 with three dogs from Norway. Now we have a kennel with around 50 – 60 Alaska Huskies and are doing adventure tours from south of Lapland to the north of Sweden the last 25 years. Catrine is born here in Umnäs and Kenneth has moved in from Norway. We have 2 kids, Sofie and Lisa. Catrine is educated as a teacher but she has been working with adventure tours in the mountains for the last 35 years, first with Icelandic horses and now with our beautiful Huskies. Kenneth is educated as a carpenter and mountain guide. His been in the mountains for the last 32 years, climbing, skiing and of course on tour with our hard working Huskies. We started the company because of our love to our nature, the dogs and the willing to survive in the beautiful “middle of nowhere”. To show the whole world how beautiful the area is and the fantastic feeling of mushing makes us smile. And when we read our guestbook we smile even more.

Since 1995 the company has been growing like a beautiful flower and the seed from this has turned out in to a nomination for the Grand Travel Awards Ecotourism Award 2005 that we won! We have also been nominated for a local prize: strengthen the local business in our area, that we won. We have the pleasure to be a part of the book Wild Sweden that shows some of the best places to travel in Sweden. 2002 we was one of the first members of Natures Best. Natures Best is the first national ecotourism quality label in the Northern Hemisphere. Best for the visitor, best for the nature. In 2007 we joined a big Outdoor chef competition. It was four teams that got to the Final round in the south of Sweden. The Silent Way won over all the professional chefs! Winners of the Wilderness Chef Competition 2007. In 2009 The Silent Way was nominated to Global Trip Award for Best marketing, The Silent Way come on the second place after Ski Star that won. 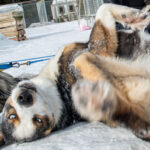 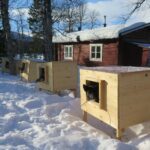 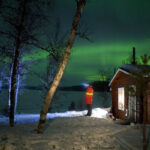 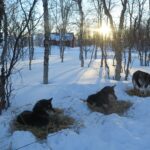 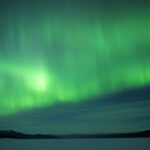 Fill in the form below, we will contact you for a chat about our tours.